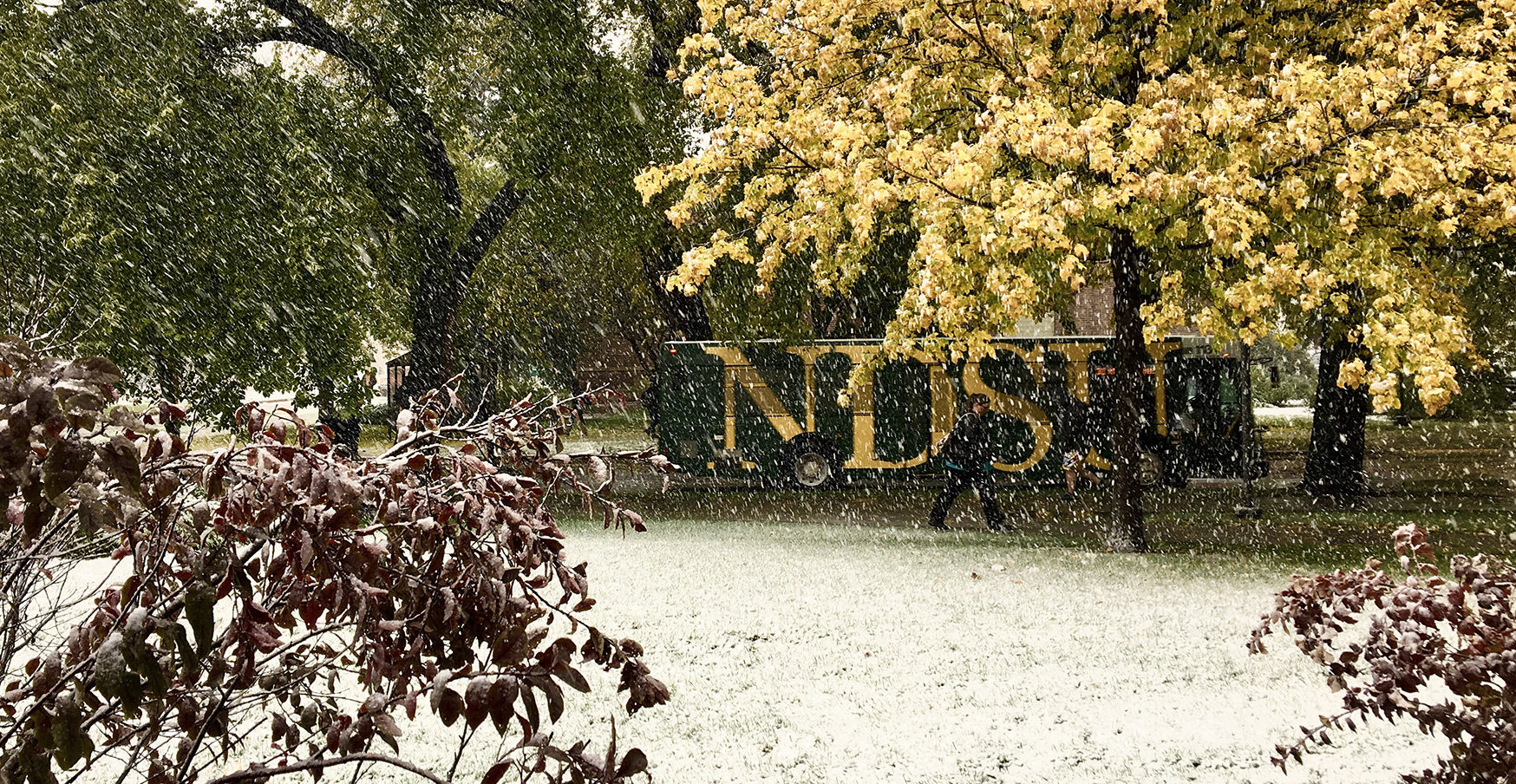 As the biggest city in North Dakota, Fargo has a population of only a hundred and twenty thousand. It takes about fifteen minutes to driving from the airport to downtown on local roads. On the way, you will pass by the state university and cross a busy railroad. Our apartment building is in between, two blocks away from the railway. It is an important transportation line connecting the lake areas and west coast. Thousands of tons of agricultural products are transported to the east every day. As more oilfields are opened in west of the state, the rails shoulder more burdens.

When a train comes, the rolling sound echoes through the sky, followed by clashes of the wheels and the rail joints. The noise is so loud that we cannot escape in our apartment.

It is a busy line. The oil companies in the west transport petroleum to their clients far away from the state. Farmers all over North Dakota send their products to the coastal ports in the east. Trains pass by in the mornings, in the afternoons and in the evenings. Amtrak also has a passenger line traveling across the city. But I have never seen it since the arrival and departure time is around 3:30 am while I am still in my dream.

It is convenient for the students in the university to live here. We have two campuses. The main campus is to the north of our building, about half mile away. The other one is in downtown. It usually takes five minutes to drive there from home. My laboratory is on the main campus. I teach a class on downtown campus. Since main campus is closer, I walk there if the weather is good, but I don't have to. There’s a bus stop outside our apartment building. If it is too cold or too hot, especially in winter, I would take a bus to my lab. My iPhone has an app that tracks the location of school bus in real time. When it is two stops away from me, I run out and wait for it’s coming.

But the app is not reliable. Sometimes I missed the bus and have to wait for the next one or just walk to the school.

One day in a winter morning, I was waiting for the 9:40 bus. The tracking app showed the bus had stopped three stops away from me. I stared at the screen and waited for its moving. It stopped longer than usual. Then, the icon of the bus disappeared from the map for a second and reappeared close to me. I grabbed my backpack, ran out and waited at the front entrance of my building, which is not a bus stop. I didn't have time to run to the actual stop since the bus had just left. So, I just see if the driver would stop for me. Yes, she did. The bus stopped. The front door opened right to me and I saw the driver, a lady who wore dark blue jacket and a pair of sunglasses, looking at me in smile. I stamped my feet for several times to get rid of snow off my shoes and hopped on the bus. The bus floor was wet from melted snow, some ice mixed with water remained near the door.

“You are welcome,” she said.

I found an empty seat near the back door and sit down. There were only four passengers on the bus. All of them were students, I guess. They all looked down at their smartphones, swiping the screen.